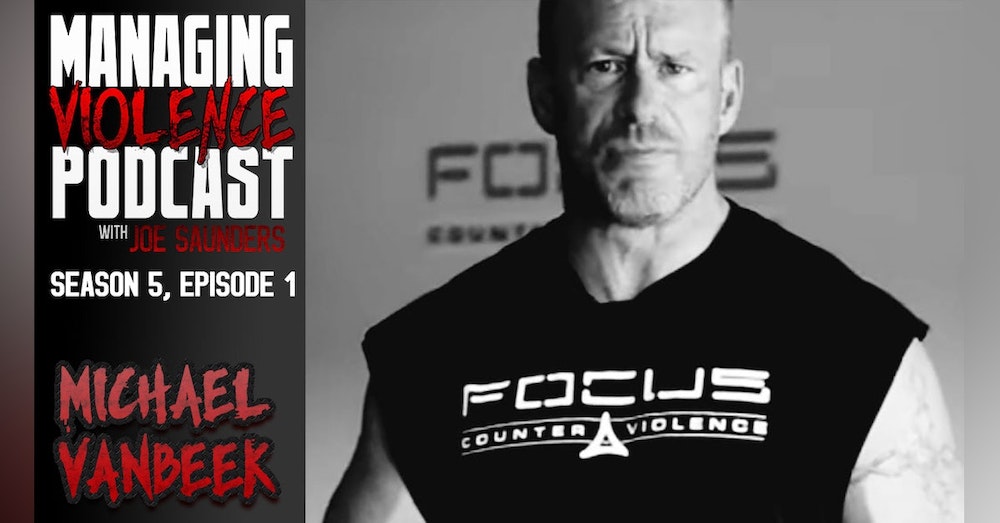 This is truly an episode not to be missed! Early in life, Michael was enrolled in special-education classes and given the drug Ritalin. As a result, he endured constant bullying. After a successful martial arts and MMA career, Michael found himself on the street, addicted to substances, and struggling to survive. His insights into violence from both ends of the spectrum are invaluable.

This is truly an episode not to be missed!

Early in life, Michael was enrolled in special-education classes and given the drug Ritalin. As a result, he endured constant bullying. To compensate for his small and skinny stature and the social stigma of being in special education, Michael’s mother enrolled him in his first martial arts class in 1980.

Earning several different rankings in various traditional arts, Michael stumbled upon Jeet Kune Do in the late 1980’s. In the early 1990’s he not only maintained a victorious cage fighting record but also trained with firearms and tactical weaponry as a professional body guard, while finishing his education in Criminal Justice. As a security guard in the greater Chicago land area, Michael was exposed to a side of self-defense/fighting not often seen in the martial arts. After spending most of his life in martial arts, working in bars and clubs, body guard training, cage fighting, earning black belts and obtaining a Senior Instructorship in Bruce Lee’s Art of Jeet Kune Do, Michael VanBeek thought he had it all figured out. He was wrong – almost dead wrong.

His life took an unexpected turn and in 2004, divorce and job loss left him in a severe depression. Within two years Michael VanBeek, the once honorable Sifu, was now using drugs and alcohol to escape his depression and isolation and very quickly found himself homeless. From one side of Chicago to the other, Michael’s goal was survival and in many circumstances, fight or die. Whether fighting to stay alive or fighting to feed an addiction, this was not the life of a once respected martial artist. The Cook County Department of Corrections became yet another reoccurring challenge.

Miraculously, Michael eventually turned his life around, re-entered the world of martial arts and reconsidered his career. He chose to dedicate his life to teaching people to protect themselves from the violence he was once a part of – the violence that almost took his life.

Michael realized that much of what the martial arts world had given him was not actually how it was. He began mapping the anatomy of violence, a comprehensive breakdown of the workings of violence from an insiders perspective. Many other "instructors" identified with Michael's message, and soon Focus had locations throughout the country. With a unified goal and service to educate and train people to save their lives from real violence, with honesty and integrity, Focus could now offer “Real Solutions to Real Problems for Real People.”

Today, Michael spends most of his time in service working with special needs children, lecturing and presenting seminars on Counter Violence to families, corporations, security firms, organizations and individuals. In addition to running his company, Michael speaks to groups about increased performance, the gift of suffrage and how to rewire our lives for success, using his story to inspire others.