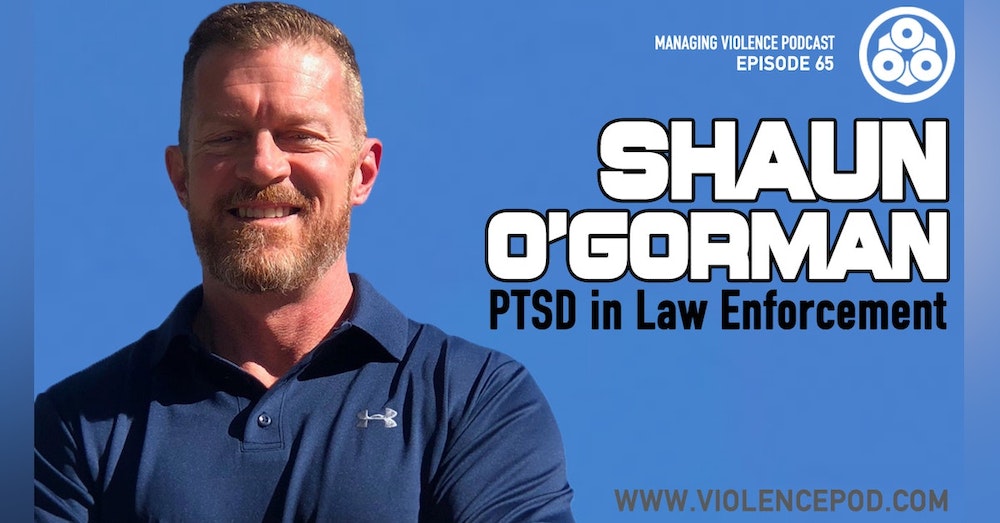 It would be fair to say that Shaun has seen his fair share of violence and depravity throughout his life. In fact, more like many lives worth.But it has not defined the man he has become today. Despite it trying its very best.Shaun O’Gorman is a highly...

It would be fair to say that Shaun has seen his fair share of violence and depravity throughout his life. In fact, more like many lives worth.

But it has not defined the man he has become today. Despite it trying its very best.

Shaun O’Gorman is a highly accomplished and recognised Retired Police Officer and former member of the Queensland Police Dog Squad, or K9 Unit. After joining the force at the tender age of 19, Shaun worked his way up to the K9 unit at just age 22. His normal ‘every day’ would consist of anything from violent domestic disturbances, armed hold-ups, vehicle pursuits or large brawls. Shaun also worked as a tactical dog handler with the Special Emergency Response Team (SWAT). Several years later he joined the Covert and Surveillance Unit working on Major and Organised Crime syndicates trafficking in narcotics and other serious criminal activities.

Shaun thought he was living his dream with every night filled with excitement, violence and the opportunity to push himself to his limits and help others. He loved his career. But it did not last. After a period of time, he realised that he was unfulfilled and becoming more angry, reactive and violent. He was in weekly fist fights and was encountering more and more violent offenders. He actively sought out confrontations as he became more and more addicted to the adrenaline and the opportunity to prove he was tough and fearless as a way to try to manage the significant impact his career was having on him.

Shaun left the Police when he was 31 and began a very dark time in his life. He had lost the career, his identity and felt like a failure. The violence and depravity he had seen human beings perpetrate against each other meant he lost all faith in humanity.

What followed was a 17-year journey of personal development courses, study, education, working with coaches and mentors and finding every piece of information possible on resilience, stress and leadership – with an end goal of healing himself and becoming an effective leader in his own life.

He now devotes his life to helping others using the knowledge, education and experience that helped him help himself. While forging a successful corporate executive career after leaving the Police, Shaun developed and now continues to follow his passion for helping other people.Learn more about Shaun at stronglifeproject.com

Make sure you check out this episode on our website: www.violencepod.com  LISTEN ON APPLE PODCASTS: https://itunes.apple.com/us/podcast/managing-violence-podcast/id1441934641?mt=2&uo=4 LISTEN ON GOOGLE PODCASTS: https://www.google.com/podcasts?feed=aHR0cHM6Ly9hbmNob3IuZm0vcy83Y2NlMDAwL3BvZGNhc3QvcnNz  Thanks for listening.  Make sure to subscribe and leave us a review so you never miss future content.  Want to check out the bonus content for this episode and others? www.patreon.com/managingviolence  Check out our YouTube channel here: https://www.youtube.com/channel/UCvJgyuUe-wxu-ii88QEc2Zg  Follow Joe on social media: Facebook: https://www.facebook.com/managingviolenceTwitter: https://twitter.com/JoeSaundersAULinkedIn: https://www.linkedin.com/in/joesaundersau/TikTok: @managingviolenceInstagram: @managingviolence